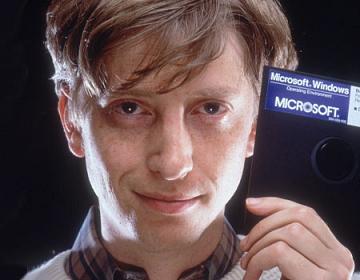 N-able Technologies CEO Gavin Garbutt remains on message. For the past two to three years, Garbutt has described a 100 percent IT coverage model: He wants managed services providers to blanket every SMB and every IT device on the planet with monitoring and proactive support. It's a Big Hairy Audacious Goal. Crazy stuff.

N-able Technologies CEO Gavin Garbutt remains on message. For the past two to three years, Garbutt has described a 100 percent IT coverage model: He wants managed services providers to blanket every SMB and every IT device on the planet with monitoring and proactive support. It’s a Big Hairy Audacious Goal. Crazy stuff. But so was Bill Gates’ original vision for a computer on every desktop and in every home. With that thought in mind, I believe today’s managed services software market is a lot like the 1980s PC software market, though on a smaller scale. Here’s why.

First, a message to the skeptics: I’m not comparing N-able’s current growth prospects to Microsoft’s actual growth over the past three decades. My best guess: N-able generates tens of millions of dollars in annual revenues. And I suspect the overall market for managed services software (loose definition: RMM software for MSPs) is under $1 billion right now. In stark contrast, Microsoft grew from a $1 billion company in 1990 to a nearly $70 billion company today. Big numbers.

So perhaps N-able isn’t the next billion-dollar software company. Generally speaking, neither are many of its rivals and peers. But there’s still value in big stretch goals. And when it comes to explaining a growth strategy, Garbutt has stated his vision pretty clearly now for about three years (perhaps more). He’s using a freemium software strategy — get a free trial, then shift to a paid approach — to rapidly grow N-able’s installed base of managed devices.

Now, shift those PC industry learnings over to the managed services market. When we launched MSPmentor in 2008, some MSPs were paying for software they had yet to deploy. Some licensing models were incredibly expensive. Pockets of shelfware existed. But gradually, disruptive business models surfaced. Some cloud-centric software companies introduced pay-as-you-go models for MSPs. N-able shouted “freemium.” ConnectWise Capital invested in LabTech Software and introduced aggressive pricing. Kaseya extended from on-premise to the cloud. Level Platforms shouted “SMB, SMB, SMB.” And a long list of moves continues…

Generally speaking, RMM software is now affordable for the vast majority of MSPs. But N-able’s Garbutt isn’t satisfied. At this week’s N-able Partner Summit near Phoenix, he kept evangelizing a 100 percent IT coverage model while promoting new cloud and virtualization messages. And then there’s N-able VP of Sales Mike Cullen, hopping on flights to Europe, India and Australia to drive home the 100 percent IT coverage message on multiple continents.

Will N-able and its MSPs ever achieve 100 percent IT coverage? Doubtful. Is N-able driving record revenue growth to match its fast-growing installed base of managed devices? I’m not sure. But I do know N-able is profitable and MSPs are finally driving home the managed services message to a broader base of SMB customers.