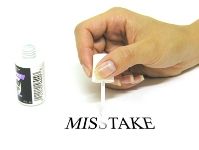 HP Cloud Strategy: The One Mistake Leo Must Avoid

And so it begins: Hewlett-Packard CEO Leo Apotheker, as expected, has started to discuss his vision for cloud computing — and HP’s role in the cloud. No doubt, Apotheker will share more details during the HP Americas Partner Conference (HPAPC) later this month in Las Vegas.

HP is a bit late to the cloud discussion. Cisco Systems, IBM, Microsoft and many other traditional IT giants have already announced cloud-related channel partner programs, including:

Clearly, HP is in catch-up mode. But has quietly built plenty of managed services that will double as cloud services. Plus, it’s still early in the cloud game and Apotheker can learn from rivals’ early mistakes in the cloud.

The biggest mistake of all, so far, comes from Microsoft, which won’t allow VARs and MSPs to manage cloud billing for end customers –though Microsoft continues to listen to feedback and I suspect the policy will change later this year. Plus, I must concede: Microsoft does have plenty of partners signing up for BPOS (Business Productivity Online Suite), and interest in the forthcoming BPOS successor (Office 365) is high.

If Apotheker and HP Channel Chief Stephen DiFranco are listening to channel partners, then all of HP’s various cloud computing services will be available as white label services — for VARs and MSPs to re-brand as their own. During yesterday’s Intermedia Partner Summit in New York, multiple MSPs told me they will not embrace a cloud service unless it has white label and end-customer billing capabilities.

Note: Even pure cloud companies like Google and Rackspace allow channel partners to manage end-customer billing if they so choose.

No doubt, HP will both compete and cooperate with channel partners in the cloud. In an interview with The Wall Street Journal published earlier this week, Apotheker made it clear that HP will build its own clouds, and introduce cloud services to end-customers. The strategy is somewhat similar to ongoing moves at IBM and Microsoft.

In stark contrast, Cisco has decided not to build its own clouds, other than offering selected niche services like WebEx. Instead, Cisco wants to be an educator and an arms dealer to cloud builders, cloud providers and cloud services resellers. Cisco considered building its own big, massive clouds, but CTO Padmasree Warrior said Cisco killed the idea in order to avoid channel conflict (see TalkinCloud FastChat Video, left).

Admittedly, Cisco may miss out on some key cloud opportunities by leaving the market to partners. In stark contrast, The Wall Street Journal predicts HP will wind up competing head-on against Amazon.com, Salesforce.com, and other early cloud leaders.

Either way, let’ hope HP doesn’t forget partners along the way. Avoid Microsoft’s mistake, HP. Give partners white label cloud services that allow VARs and MSPs to brand and bill the services as their own.