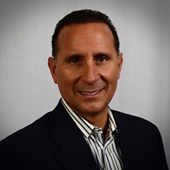 Continuum Managed Services turns one year old today. But the company’s DNA started to take shape several months before Continuum actually became a standalone company led by CEO Michael George (pictured). The key moment involved a June 2011 survey that gathered feedback from roughly 600 MSPs. The survey results gave Continuum key clues on how to march forward — fast — in the managed services market. Not that the march was easy. Here’s a look at the past, present and future of the MSP software, NOC (network operations center) and help desk provider.

Rewind to September 2011. Summit Partners acquired  Continuum (previously named Zenith RMM, the MSP and NOC software business) from Zenith Infotech. Continuum CEO Michael George spent the first week of the company’s history crisscrossing the globe — visiting offices across India and North America. He also had to work overtime to explain that Continuum was not involved in a Zenith Infotech bond default.

Continuum also was in listen mode. Director of Business and Corporate Development Steve Cardillo and other company managers interviewed more than 50 MSPs. Those interviews, coupled with a Continuum partner survey in June 2011 (which Zenith Infotech had distributed on Summit Partners’ behalf) helped Continuum to piece together a roadmap that included:

These days, Continuum (like many of its rivals) has a partner advisory council that participates in forums, chats and quarterly gatherings.

Today, Continuum has about 670 employees and quite a few of those executives have quickly developed respected relationships with MSPs. Key names include VP of Marketing Steve Ricketts and Marketing Director Don Eng.

“We’ve grown quite a bit,” said George. “We have shed some [employees] and added expertise elsewhere, especially in the NOC operation. On a aggregate basis, we’ve added about 80 to 90 people over the past year but not all are net additions.”

George says he sees a few common threads across the employee and executive staff:

Among Continuum’s achievements the past year, George speaks most frequently about the company’s expanded help desk services. He insists that MSPs of all sizes will find compelling financial reasons to leverage Continuum’s help desk, while redeploying MSP staff on higher-margin services.

That portion of the strategy and messaging is somewhat similar to Level Platforms (which now offers help desk services with its MSP software) and NetEnrich (which offers comprehensive NOC, cloud and on-premise monitoring services to larger MSPs).

Longer term, Continuum is starting to help MSPs to manage “any IP device that connects to a wireless network or plugs into the wall,” said George. That includes print servers, VoIP services and mobility. He believes MSPs — whether they have two, five or 50 employees — will remain focused on a few IT market segments. To grow revenues, George said, the MSPs will need to partner with Continuum to gain deeper expertise, transforming the MSP into a “complete advisor” to SMB customers.

MSPmentor doesn’t have a feel for (A) Continuum’s overall revenue growth rate or profit margins. But George sounds upbeat. And the company apparently avoided fallout from the unrelated Zenith Infotech bond default, which made some MSPs nervous in late 2011.

“Ironically, in some ways we benefited from that discussion,” said Ricketts. “It forced us to accelerate our own brand identity and product roadmap in the market. Added Eng: “As a communications specialist, literally the first day on the job involved the challenge of putting together a plan” to make sure Continuum had clear messaging to existing and potential partners.

“We did it all at a hastened pace,” said George. “But it wasn’t a thoughtless one. We thought carefully about every decision.”

So where does Continuum go from here? Integrated services — and potentially acquisitions — seem to be on the radar.

“We think the face of the MSP is changing,” said George. “There is a convergence; look at Konica buying All Covered. Voice, print and data services are all converging because everyting hangs off the network. It shows us the value of the NOC operation coupled with our products is becoming immensely more valuable.”

During a previous interview with MSPmentor, George hinted that parent Summit Partners may one day pursue an IPO strategy. I don’t know if Summit Partners has a potential year in mind for such a move, but I sense George and the Continuum management team are on a long-term journey together. In many ways, they are running a marathon — but at a sprinter’s pace.

I’ll be curious to see if they can maintain that pace in 2013.