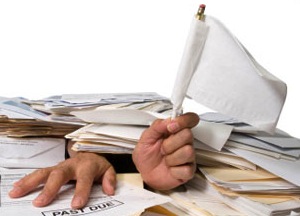 2013: The Year of Managed Print Services (Really; Here’s Why)

... based on five emerging trends:

… based on five emerging trends:

1. On the Agenda: The managed print services chatter started at conferences hosted by Photizo Group. But now the dialog is spilling over into MSP-centric conferences hosted by software companies. Most demos show RMM (remote monitoring and management) software platforms now managing a range of printers from all of the major printer manufacturers.

2. On One Dashboard: MSPs didn’t want Yet Another Dashboard for managed print; they wanted it integrated with RMM and PSA (professional services automation) software and dashboards. That’s been happening over the past few months. And I’ve heard from Kaseya, LabTech Software, Level Platforms and N-able Technologies regarding managed print over the last week weeks.

3. On the Network – As Endpoints: The other big MPS motivator: Amid all the questions about on-premises vs. cloud computing, endpoint devices like multi-function printers are never, ever going away. (At least not as far as I can tell…)

4. On the Emerging Market List: Yes, you can join managed print partner programs from specific printer manufacturers. But startups, with no particular printer preference, are beginning to help MSPs with managed print services.

My best guess: The figure will jump sharply again when we launch the sixth-annual MSPmentor 100 survey in October 2012. And then, perhaps 2013 will finally be the year of managed print services.

If I’m wrong I’ll eat crow in 2013. In the meantime, I think managed print services are nearing a tipping point with MSPs.