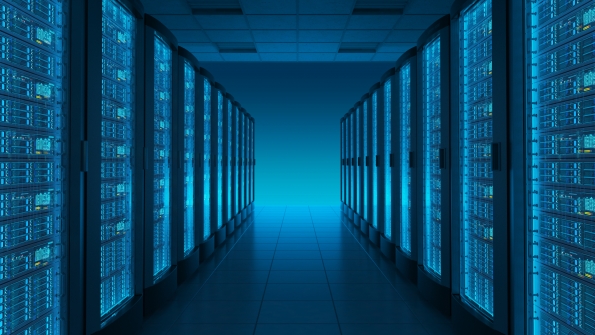 Unused Oregon Prison May Be Converted to Data Center

A never-used $58 million prison built 14 years ago in Multnomah County, Oregon, is costing at least $300,000 a year to maintain, but it may finally be put to good use.

A never-used $58 million prison built 14 years ago in Multnomah County, Oregon, is costing at least $300,000 a year to maintain, but it may finally be put to good use.

The Portland Tribune reported that Pacific Development Partners in Santa Monica, California, has offered the county $10 million–a fraction of what it cost to build the Wapato jail—for the property that could potentially become a data center.

Although officials say they are very interested in the offer, they want to proceed with caution to be sure they know intimate details about the firm and all uses up for consideration. the county’s hesitation certainly seems warranted considering that the last time someone showed interest in the property, the deal fell apart after the supposed “developer” lied about his birthdate and, ultimately, his identity to the Portland Tribune.

An investigation by the newspaper ensued and discovered that this person who had plans to turn the prison into an organic food production facility had no proof that he had ever or could ever pull off a multi-billion dollar real estate development deal. The paper also reported that the man was accused of theft and forgery but was never charged.

So, tip-toeing is certainly justified, and it stands to reason that despite saying it wants to push the deal through as quickly as possible, that the firm jumps through hoops to ensure the county’s trust and confidence.

Philip Zimmerman, broker for the firm, said they are willing to agree not to turn it into a private prison or marijuana-growing facility. After all, the use of both recreational and medicinal pot is legal in Oregon.

Although nothing on the real estate company’s website suggests that either of those two uses are in its wheelhouse, Pacific Development Partners has developed, redeveloped or owned more than $1 billion in retail, office, and multi-tenant and industrial projects since 1985, specializing in buying properties then leasing them to a third party.

“We’re not going to be doing any low-level atomic testing, either,” Zimmerman told the Portland Tribute; “We’re serious developers.”

If the firm does end up using the old prison for a data center campus, it’s very unlikely that it would remain vacant due to a lack of demand. That’s why the prison never opened in the first place: When construction began, there was a definite need for a one in the county. However, by the time it was done, the jail population had declined, and the county no longer had the funds to operate it.

With its tax incentives for data centers, Oregon has become one of the most popular states for builders or companies wanting to collocate there. Amazon was the last big company to announce a new data center there, for a total of nine in the state.