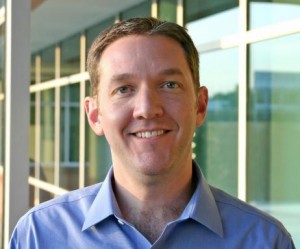 For the sake of fast blogging, all of the nuggets below are paraphrased. But the bullet points and FastChat video capture the essence of Whitehurst’s thoughts. Here we go…

Among the thoughts Whitehurst shared…

1. Old IT models don’t scale: Twenty years ago, your best IT experience was at work. Now, the best IT experience occurs in the home and it’s often absolutely free, thanks to services like Google, FaceBook and Twitter, Whitehurst says. As a result, CIOs and partners need to adjust their mindsets. Which brings us to point two…

2. Don’t sell functionality: CIOs don’t want features and functions. They’ve got enough of those. Instead, they want employees to “use what they want, when they want to” with subscription type payment models, Whitehurst says.

3. More Thank Linux: Red Hat has the benefit of being the Kleenex brand of Linux, Whitehurst asserts. But Whitehurst wants partners and customers to remember that Red Hat has a broader product portfolio that features JBoss middleware and virtualization. He views Red Hat as an open architecture company, allowing customers and partners to mix and match Red Hat components with third-party software.

6. On A Rumored Business Intelligence Strategy: Reports in 2009 suggested that Red Hat was going to make deeper moves into the BI market. Whitehurst confirmed that Red Hat still has an investment in Jaspersoft, though Whitehurst says Red Hat also maintains close relationships with Pentaho and SAP, among other BI specialists.

8. On the Cloud Potentially Stealing Open Source’s Thunder: Whitehurst said that wasn’t the case. Pointing to Amazon Web Services and Google, Whitehurst asserted that the cloud can’t exist without open source. Of the major cloud strategies, only Windows Azure seems to be closed source, Whitehurst added.

11. On Red Hat and the desktop Linux market: Red Hat will make “some” but “not a lot” of effort in the desktop market. Whitehurst says he wishes “Ubuntu all the luck in the world but I don’t know why anyone would pay for desktop Linux. The demand is there but how do you monetize it?”

Red Hat will continue to develop and promote its desktop Linux offering, but the far greater priority for Red Hat is a Virtual Desktop Infrastructure (VDI) push, Whitehurst said.

Red Hat is set to announce quarterly results tonight (June 23). The VAR Guy will be listening for more clues about the company’s business performance and strategy.