Partners Can Ensure Security as IPv6 Use Grows

SMBs should beef up security to handle the influx of IoT devices as IP addresses proliferate. 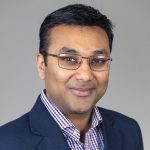 Our current internet infrastructure is changing to accommodate the growth of internet-connected devices and networks, but most solutions providers aren’t adapting accordingly.

The problem stems from the dramatic increase in internet-connected devices in recent years. The number of internet of things devices connected to the internet reached 8.4 billion in 2017, surpassing the world population for the first time — and also surpassing the available supply of URLs based on the current Internet Protocol standard, IPv4.

Needless to say, IPv6 will support the internet infrastructure for the foreseeable future, and MSPs can fulfill functions from system integrator to security adviser to help organizations deal with the hugely expanded number of IP addresses for all the internet-connecting “things.” The problem is, IPv6 is already upon us, yet most organizations aren’t ready for it.

IPv6 Use Is Skyrocketing

IPv6 adoption has been surging. According to Google, more than 25 percent of worldwide users are accessing its platform over IPv6 — as opposed to just 3 to 4 percent last year — and in the U.S., that number is now more than 35 percent. According to Internet Society, a nonprofit organization focused on promoting internet standards and open internet access, IPv6 deployment is over 50 percent for every major U.S. mobile network (with Verizon Wireless at 84 percent, Sprint at 70 percent, T-Mobile USA at 93 percent and AT&T Wireless at 57 percent). The Internet Society also found that more than 25 percent of all internet-connected networks now advertise IPv6 connectivity.

Naturally, as internet traffic migrates over to IPv6, cybercriminals are migrating, too. As IPv6 adoption continues to grow, cybercriminals will deploy attacks like phishing and spam over IPv6 at significantly higher rates — meaning organizations that don’t accommodate the shift by leveraging solutions that can support both IPv4 and IPv6 will become increasingly vulnerable.

Why DNS Protection Is Key

Organizations need protection for IPv6 traffic. That’s where network security, and specifically domain name system (DNS) protection, come into play. DNS cloud security can deliver security at the DNS layer — the gateway to the internet, so you can defend against phishing, malware and ransomware a step earlier in your security stack.

DNS protection is essential to ensure adequate security, but for many SMBs, it’s the one extra item they just don’t find time to get to. That’s where MSPs can really shine, providing an essential layer of security with ease. However, most DNS protection solutions aren’t IPv6-enabled — so instead of filtering IPv6 traffic, they recommend that users turn off IPv6. This forces users to choose between avoiding all IPv6 sites or leaving themselves exposed to threats. With the growth of IPv6, this can’t go on much longer.

The Mobile Workforce Use Case

MSPs need to equip their partners with IPv6-enabled DNS protection solutions so employees can confidently connect to the internet no matter where they are located or what device they are working on. We found that organizations which apply defenses at the domain layer across both IPv4 and IPv6 can reduce the risk of online threats by up to 88 percent.

IDC predicts that mobile workers will account for nearly 72.3 percent — that’s nearly three-quarters of U.S. workforce — by 2020. It’s important that MSPs start thinking about and offering IPv6-enabled DNS protection solutions today, to protect the workforce of tomorrow. There are several solutions currently available that only provide IPv6 filtering on corporate networks. These options lack the ability to protect …