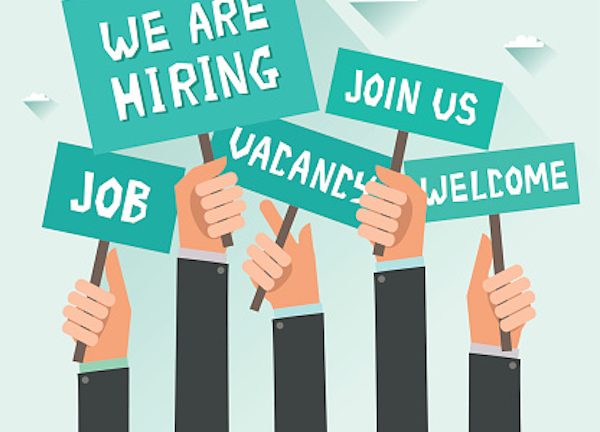 Amazon.com Inc. said it plans to hire than 100,000 people in the U.S. in the next 18 months, becoming the latest company to announce hiring plans in the wake of Donald Trump’s election.

Amazon.com Inc. said it plans to hire than 100,000 people in the U.S. in the next 18 months, becoming the latest company to announce hiring plans in the wake of Donald Trump’s election.

The staffing up isn’t particularly surprising for a company pushing into multiple categories from groceries to hardware, online video, fashion, cloud services and multiple tiers of delivery. But the hiring could also appease Trump, who has prioritized job creation and tangled with Amazon Chief Executive Officer Jeff Bezos during the election campaign.

“It’s a very powerful headline, and the timing certainly makes Trump look good,” said Ivan Feinseth, an analyst at Tigress Financial Partners LLC. “It’s going to happen in the first year and half of his administration. Bezos couldn’t have set him up any better to look good — timing is everything.”

Bezos was among a group of leading technology industry executives who met with Trump last month in Manhattan to discuss points of concern. Jobs, immigration and China topped the agenda. Since then, several companies — from IBM to Ford and Alibaba — have publicly announced hiring sprees, though some of them were re-polishing previously announced intentions.

Amazon’s move could do less to help the U.S. economy than is immediately apparent. Research groups have argued that the company kills more jobs than it creates because it has disrupted the traditional retail industry. Critics also say tax breaks and other incentives that have helped fuel Amazon’s warehouse growth weren’t worth the investment because they create mostly low-wage jobs, many of them temporary.

Over the past five years, Amazon says it has created more than 150,000 jobs in the U.S., growing its workforce in the country to 180,000 at the end of last year. Amazon businesses like Marketplace and Amazon Flex will also create hundreds of thousands of jobs for people who want the flexibility to be an entrepreneur and set their own schedule, the Seattle-based company said.

Amazon’s new positions “are for people all across the country and with all types of experience, education and skill levels — from engineers and software developers to those seeking entry-level positions and on-the-job training,” Amazon said. In addition to the fulfillment center positions, new hires will work on cloud technology, machine learning and advanced logistics, Amazon said.

Bezos and Trump publicly exchanged hostilities during the presidential campaign, with Bezos joking that he would send Trump to space on one of his rockets and Trump saying that Amazon has a “huge” antitrust problem, and accusing Bezos of using the Washington Post to influence politicians to help Amazon on taxes. After Trump’s victory, Bezos tweeted: “I for one give him my most open mind.”