Intent-based computing and increased competition are two big ones. 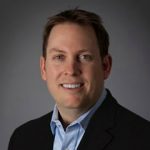 The IT industry is a little more than 10 years into the cloud revolution. As with virtually every major technology transition, these inflection points take years to move from concept to hype to reality. As enterprises move beyond early trials into mainstream adoption, the industry is learning more about what the future of cloud looks like. And the shift in industry buzz resoundingly points to multicloud.

But is multicloud an evolution of the hype or a logical conclusion of the technology? And to what extent should the channel expect multicloud to impact enterprises in the year ahead?

To make any predictions about what will happen with multicloud this year, it’s important to first understand what is driving the movement—both in the near- and long-term.

In the long term, things like supplier management will play a role. If cloud is to drive enterprise IT, some of the same best practices around procurement will need to extend to how cloud is consumed. This suggests that large, single-vendor environments will create problems, and companies looking to create negotiating advantage will eventually turn to multicloud.

But necessity is pushing multicloud exploration and adoption.

The short-term reality is that most enterprises do not have explicit multicloud strategies but, as they grapple with early cloud deployments, multicloud is often an unplanned outcome. With most of the early cloud deployments coming from one-off decisions to move individual applications to the cloud, there is frequently a lack of a centralized, coherently enforced cloud strategy. Therefore, when one cloud is not sufficient, multiple clouds emerge.

Whether because of organic cloud adoption or M&A activity, channel partners that find their customers entering a multicloud world must quickly help them determine their path forward. They should expect multicloud requirements starting to work themselves into cloud solutions this year. While companies are likely not managing multiple clouds as one cohesive infrastructure to start, they will begin to seed their RFPs with requirements that will eventually allow them to do so. Put simply, multicloud will become an increasingly important decision criteria, even for single-cloud deployments.

With that in mind, we will see three multicloud trends dominate in the coming year. Here’s what the channel should expect to see, and how to prepare for it

1. Intent-based everything will emerge as enterprises workloads become increasingly diverse.

A large part of the multicloud movement will ultimately be driven by the need for workload diversity. Some applications might need to be served out of AWS and others out of Azure. Some will need to run in centralized clouds to save costs, while others will run on-premises to optimize performance.

However, multicloud is more an operational state than some specific device or technology. It’s about providing operational uniformity in the face of workload diversity to ensure the user experience and security remain consistent despite the underlying infrastructure. Anything less is not only a suboptimal path for the end users, but it also represents …